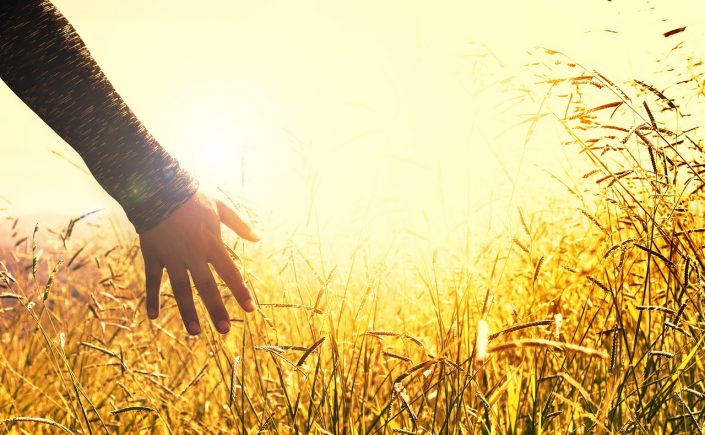 The Bible calls us not to follow the world’s pattern of living. God has shown me that this be must also true in the way we look after our body.

I became a Christian in 2001. About 10 years later, I was diagnosed with Crohn’s disease, which is considered incurable and which causes inflammation of the digestive tract with all the consequences that this entails.

I did not understand why this had happened to me. Firstly because I was a Christian and secondly because I thought that I was taking care of my health.

After being diagnosed, I was given several medications to take each day and at different times of day. Things improved and I returned to a near-normal life. Over time, I managed to reduce and then stopped some drugs with my doctor’s agreement. I ended up with only one drug (Pentasa) that I took twice a day. However, I continued to live with many symptoms characteristic of the disease.

My experience with fasting

In 2012, while living in France with my wife who is English, my father-in-law was diagnosed with terminal cancer. We then decided to leave everything to go and live in England to be with my in-laws during this difficult time. Before leaving, a pastor came to see me and encouraged me to pray and fast. I told him that I found it difficult to fast. He then took time to tell me about his experience with fasting and the importance of fasting for one’s spiritual life.

Later, as I was looking up fasting online, I read the testimony of a young man who had anxiety problems and who turned to natural therapies which included, amongst other things, fasting for 7 days. This sounded crazy to me at first.

It was a shock to me. Why had nobody told me about this before? Why is it that no doctor, despite all their qualifications, has ever encouraged me to try this type of therapy and, on the contrary, always discouraged me to trust them?

I began to read about natural medicine. I discovered the beauty of some aspects of creation that I did not know about and that are unknown to most people. Natural medicine reveals the greatness of God and the smallness of man. Nature is far more intelligent than the small chemical molecules created by man, which are often ineffective and sometimes dangerous or addictive.

I then had the desire to stop my medication. I had to try several times. Sometimes I went “by faith”, sometimes replacing my medication with a natural product. Without success at first.

In September 2015, I then tested boswellia resin while improving my diet (less sugar, less junk). There is a study that no one had told me about showing similar results from taking Boswellia and Pentasa.

After a few months of adjustment, my health stabilized and some symptoms improved.

Battle with my doctor

As I stopped taking my medication without the consent of my doctor (gastroenterologist), I obviously had to face his scepticism and have lots of tests with positive results at first.

Unfortunately, over time, my inflammation level increased (calprotectin> 500) and after one year without medication, my doctor began to put pressure on me to return to medication (immunosuppressants). Some friends also encouraged me to follow the doctor’s advice.

I decided to hold on and continue with boswellia and other natural products. I tested all kinds of products and natural treatments often without seeing any improvement. I have to say, however, that at that time I had very little symptoms, even less than before.

In January 2018, the doctor told me that my inflammation had significantly decreased (calprotectin 183) and dropped below the level of 2015 and therefore I could continue without medication. He accepted that my method worked. It was a real liberation. I avoided a lifelong prescription of immunosuppressant!

I think that the inflammation rise in 2015-2016 was caused by fatigue linked to the birth of my two children. I was able to improve my health by improving my lifestyle (sports, sleep…).

It is obvious that during these past years, I had ups and downs in my faith. Sometimes I was confident that things would improve, sometimes it woke me up at night. But in all these difficulties I could really see God’s hand in action.

This fight to get away from dependency is for me a spiritual one. I did not hesitate to tell my doctor that I believed in God and that this was why I believed in the superiority of what is natural against what is chemical (unnatural).

I am convinced that God is glorified by my victory over the drugs and assumptions that some people have.

I often prayed to be freed from drugs and He answered. Unfortunately few Christians pray in his way.

Freedom – from what exactly?

Yes, God has freed me from having to take drugs every day and having to live with the side effects, but true freedom is not there yet. The real freedom took place when God made me understand that I could and needed to take control of my health and that I should not blindly follow the advice of health specialists.

Doctors have never encouraged me to improve my diet or to test natural methods (even as a complement!).

Some doctors have told me that diet does not have an important role in Crohn’s disease. This is absolutely wrong!

Thank God, I could understand that following their method would bring me nowhere and that I needed to look elsewhere. I am convinced that my health would be much worse if I had not understood that.

Instead of putting my trust in modern medicine, I then followed my own path, or rather the one God showed me. I began to pray for God’s guidance and help. I stopped following a way of thinking imposed by the world, but I followed my Creator, the one who designed me and who knows what is truly good for me.

I became more confident and dared to challenge my doctor and his way of thinking that has been imposed on us (as much on him as on me).

They wanted me to believe that doctors have the full knowledge and that thanks to the billions invested in research, they could give me THE solution I needed. However, in the end, it was fasting and especially a plant that has existed for millennia that have done the trick. How ironic!

Whether it be health or anything else, what is important above all is not to put our trust in Man, but in God.

This is an act of faith, which is not always obvious.

I am not saying that we should not take medication. It took me years to stop taking mine. I prayed that God would help me through faith. I had also read several testimonials from people with Crohn’s disease who stopped their drugs and replaced them with natural methods. But sometimes you have to be content with what you have and accept that drugs are sometimes (not always) better than nothing.

I am not saying either that you should not go to the doctor. I see my gastroenterologist regularly to check that everything is fine. Their knowledge of the human body is generally valuable and useful.

I have to say that modern medicine is effective in some areas. What is important is the attitude of the heart and our way of perceiving things.

Feel free to send me your questions, I will answer in a future article.

On the same subject: 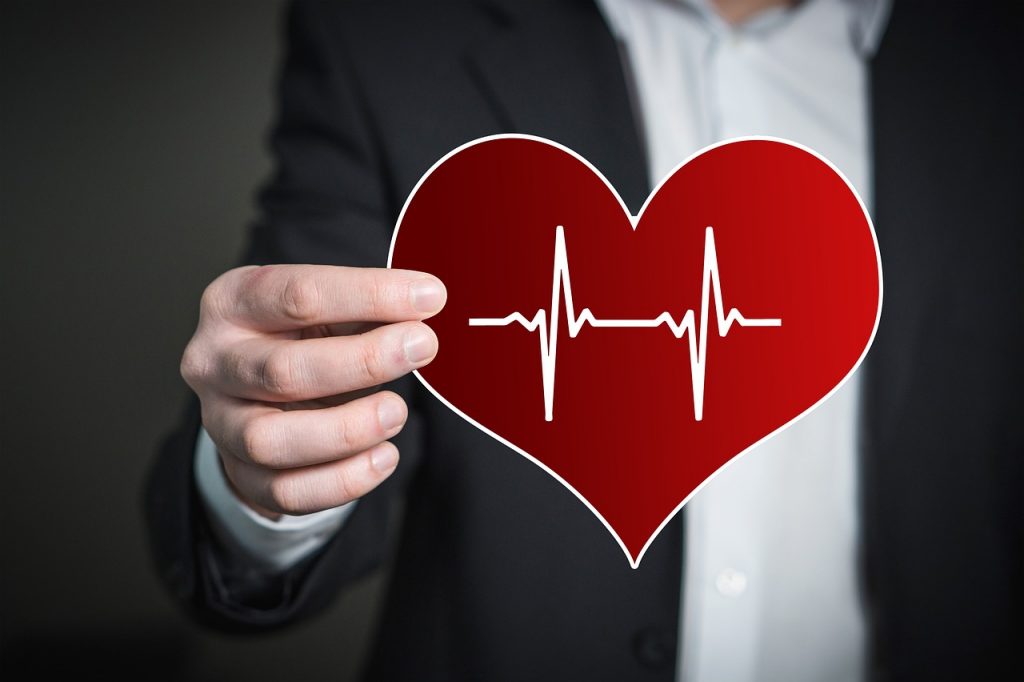 How to diagnose medical idolatry 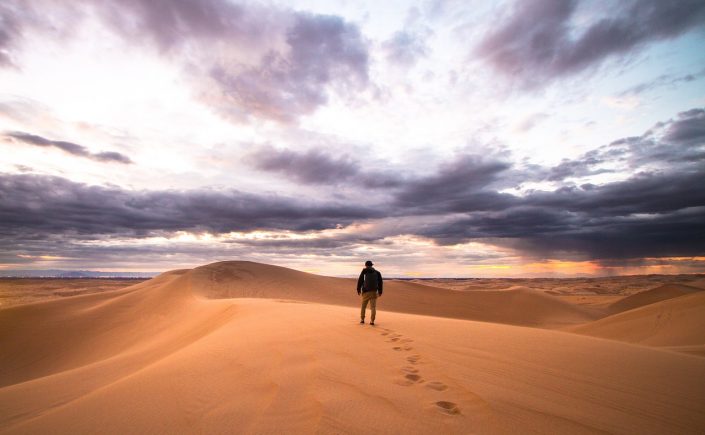 Fasting has many good effects on our spiritual health as well as on our physical health.
I believe that by understanding the physical health benefits, we can learn about the spiritual benefits too.
The way our body works can often give a good picture of how our spirit works.

The benefits of fasting

Your body can benefit from simply skipping a meal or fasting for a day, but it is by fasting several days that we can start to reach the full extent of the benefits.
The first days of fasting are generally the most difficult ones. After two or three days, the body gets used to not having food and the mechanism of autophagy starts.

What is a spiritual fast?

On a spiritual level, fasting is a bit like going to the wilderness to seek God, away from the busyness of this world. It is about depriving ourselves from the pleasures of this world in order to fully enjoy God.
We need times in our lives to go back to God, repent of our sins and remind ourselves of who He is and of who we are.
It is a good thing to fast spiritually and physically at the same time.

Let’s explore some benefits of fasting.

What happens if you never clean or tidy your house? It becomes unhealthy and unpleasant to live in.
Unless you already have a very balanced diet and lifestyle (which is not the case for most people), you certainly need to do some tidying and some cleaning in your own body from time to time. This is what fasting does. It is the same for the soul/mind.

2) Your mind gets clearer and you have more energy

For the grace of God has appeared that offers salvation to all people. It teaches us to say no to ungodliness and worldly passions, and to live self-controlled, upright and godly lives in this present age
Titus 2:11-12

4) Fasting helps us to know ourselves better

Give me neither poverty nor riches, but give me only my daily bread.
Proverbs 30:8

I know what it is to be in need, and I know what it is to have plenty. I have learned the secret of being content in any and every situation, whether well fed or hungry, whether living in plenty or in want. I can do all this through him who gives me strength.
Philippians 4:12-13

Fasting is not such a common practice in our society today, in which we have everything in abundance, but it is well worth doing.
To take time to be alone with God can sometimes be difficult. Silence and solitude are not always easy. But it is a necessity for our spiritual lives to seek His presence and receive His blessings.