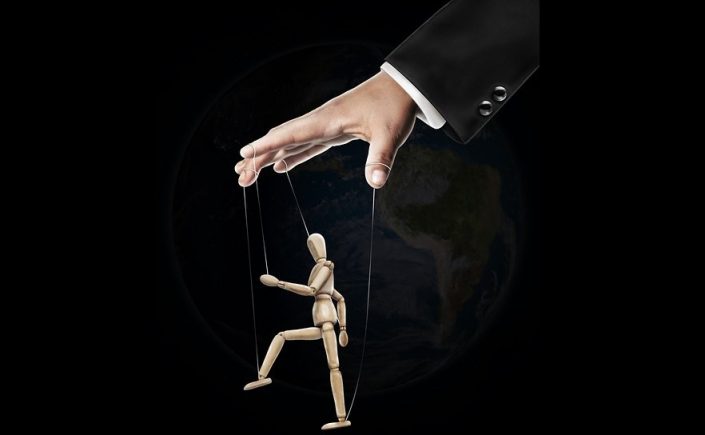 The health committee of the House of Commons in the UK wrote an eye opening report in 2005 called “The Influence of the Pharmaceutical Industry” which covers everything from bribery to the prescription of unsafe drugs.

It is accessible here:
– Volume 1: the report
– Volume 2: Formal minutes

Note: The NHS is the National Health Service in the UK.

The purpose of the pharmaceutical industry is to make profit, not to make people healthy. This industry often acts against the public interest to make more profit.

Our consumption of drugs is vast and is increasing. About 650 million prescriptions are written each year by GPs alone. Medicines cost the NHS in England over £7 billion every year, 80% of which is spent on branded (patented) products.
(Volume 1, p3)

For the industry, medical need must be combined with the likelihood of a reasonable return on investment.
(Volume 1, p3)

The consequences of lax oversight is that the industry’s influence has expanded and a number of practices have developed which act against the public interest. The industry affects every level of healthcare provision, from the drugs that are initially discovered and developed through clinical trials, to the promotion of drugs to the prescriber and the patient groups, to the prescription of medicines and the compilation of clinical guidelines.
(Volume 1, p3)

Once licensed, medicines are intensely promoted to prescribers. The very high costs of developing a new drug make it vital that a company recoups its costs as quickly as possibly after licensing. Coupled with company-sponsored information from medical journals and supplements, ‘medical education’ materials, advertisements and sponsorship to attend conferences, workshops and other events, it is little wonder that prescribing practices are affected.
(Volume 1, p4)

It was argued that drug innovation tended to be targeted at diseases of affluence rather than priority health needs, and was primarily directed towards developing products for established and emerging mass markets. Furthermore, it was claimed that, unsurprisingly, there is little commercial interest in non-drug intervention and few clinical trials are carried out in this area.
(Volume 1, p45)

It is a known fact that drug companies spend more money on marketing than on research, which shows where their interest is.

NHS and Research under Control

The pharmaceutical industry determines to a great extent what drug research is carried out. Although expert groups may recommend that research be conducted in certain areas, there is no way of ensuring that companies themselves undertake or fund such research. Approximately 90% of clinical drug trials and 70% of trials reported in major medical journals are conducted or commissioned by the pharmaceutical industry. As it does most of the research, inevitably the industry not only has a major effect on what gets researched, but also how it is researched and how results are interpreted and reported.
(Volume 1, p44)

The pharmaceutical industry has been enormously successful at inter-digitating itself in the usual process of healthcare in the UK. It provides people; it provides equipment, services, buildings, facilities and, of course, hospitality. At almost every level of NHS care provision the pharmaceutical industry shapes the agenda and the practice of medicine.
(Volume 1, p44)

Approximately 75% of clinical trials published in The Lancet, the New England Journal of Medicine and the Journal of the American Medical Association are industry funded. (…) 50% of articles appearing in these journals may also be ghost-written. Ghost-writing is the process by which articles are written by professional medical writers but appear under the name of independent physicians or academics, who are paid as if they had written the article.
(Volume 1, p53)

The practice of ghost-writing articles, mainly in the form of reviews and editorials, on the off-label use of licensed medicines was described by Dr Horton, the editor of The Lancet as “standard operating procedure”
(Volume 1, p53)

GPs are sceptical about what reps tell them. They are influenced more by opinion leaders, which is why the pharmaceutical industry pays opinion leaders so much.
(Volume 1, p53)

What has been described as the ‘medicalisation’ of society – the belief that every problem requires medical treatment – may also be attributed in part to the activities of the pharmaceutical industry. While the pharmaceutical industry cannot be blamed for creating unhealthy reliance on, and over-use of, medicines, it has certainly exacerbated it. There has been a trend towards categorising more and more individuals as ‘abnormal’ or in need of drug treatment.
(Volume 1, p4)

Increasingly, medication is now prescribed to reduce risk of future illness. Selling medication to treat risk factors rather than diseases is immensely profitable for the pharmaceutical industry: for example, statins (to lower cholesterol levels) are now the biggest selling prescription drugs in the world (and are also now available over the counter)
We were told that it is in the pharmaceutical industry’s interest to classify as large a proportion of the population as possible as ‘abnormal’.
(Volume 1, p73)

The Prescription of Unsafe Drugs

The drug industry has not interest in knowing or telling the truth about their drugs, all they want is to show them in the best light. So they often hide negative findings.

However, there are disadvantages in the increasing use of and reliance on medicines. The inappropriate or excessive use of medicines can cause distress, ill-health, hospitalisation and even death. Adverse drug reactions are responsible for about 5% of all admissions to hospitals in the UK.
(Volume 1, p3)

We heard allegations that clinical trials were not adequately designed – that they could be designed to show the new drug in the best light – and sometimes fail to indicate the true effects of a medicine on health outcomes relevant to the patient. We were informed of several high-profile cases of suppression of trial results. We also heard of selective publication strategies and ghost-writing. The suppression of negative clinical trial findings leads to a body of evidence that does not reflect the true risk:benefit profile of the medicine in question. (…) If all the evidence is not published, or if negative findings are hidden, accurate guidance cannot be issued and prescribers cannot make truly evidence-based decisions.
(Volume 1, p3)

Inappropriate prescription of medicines by GPs is of particular concern. Some have prescribed SSRIs [an antidepressant], for instance, on a grand scale. This is in part due to inadequacies in the education of medical practitioners which has meant that too few non-specialists are able to make objective assessments of the merits of drugs and too many seem not to recognise how little is known about the properties of a drug at the time of licensing, particularly about its adverse consequences.
(Volume 1, p4)

The most immediately worrying consequence of the problems described above is the unsafe use of drugs. Over-prescription of the COX-2 inhibitors, Vioxx and Celebrex, has been linked to thousands of deaths and many more cases of heart failure. These case illustrate a series of failures. Manufacturers are known to have suppressed certain trials for these drugs in the US and may have done the same in the UK.
(Volume 1, p4)

Relying too heavily on drugs and the over-consumption of them have side effects which can be serious, but what is important for the drug industry is to sell increasing amounts of their products.

The UK government has written a response to the health committee which is accessible here.

A summary can be found on page 24. The government was and is still not ready for a radical change to really protect the public’s health. They still believe that the drug industry has an overall positive effect on public health, which is an interesting response when you think that no other option has been seriously considered.

We have to look at the position we are in where the might of the pharmaceutical industry is enormous, where their tentacles of power go through the whole of the medical establishment, including the regulatory bodies and into the patient organisations.
Paul Flynn (MP) (Volume 2, Ev 155)

However, [all] these problems are global and we received no evidence that the situation in the UK was worse than in other countries.
(Volume 1, p97)

What we can clearly see from this report is a system which is corrupted by a very wealthy and powerful drug industry. They use their money to control the research, medical science and doctors at every level. They have become uncontrollable.
Moral and ethic mean nothing to them. They use bribery, they present their drugs as better than they really are, they hide evidence about health risks and above all they tell us what we should believe is the best for our health.

The consequences are serious with increasing risks for public health. Nevertheless, countries around the globe rely more and more on this industry because they believe that they need it. The overall price that the public pays for such a service not just high on a financial level but on a personal health level too.

The result of decades of this influential industry is the medicalisation of our society and the indoctrination of medical staff and of the public. Most people believe that they absolutely need this industry with their drugs to be in good health.

I strongly believe that (without rejecting anything that is chemical) there is another way to look after our health and this is one of the purposes of this blog.
The drug industry feeds on our fears and on our ignorance.

It’s time to turn back to God.