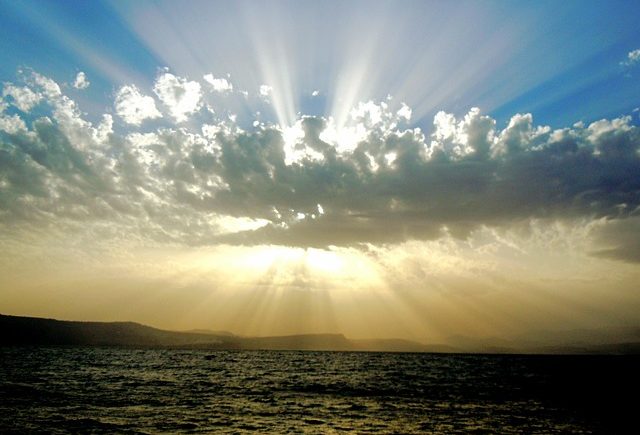 We live in a wonderful world. We have the Internet, airplanes, cars, smart-phones, rockets, etc. While we are living in a modern era, some basic elements are not doing that well: the water we drink, the air we breath and the sea are all polluted, the food we eat is poisoned with pesticides, there is global warming caused by human activity, not to mention environmental disasters, etc.
The consequences of that are serious. The number of cases of many diseases is exploding: autism, cancer, dementia, infertility, chronic fatigue, allergies, gastric problems, autoimmune diseases, hyper-activity,… and this only seems to be the beginning.
Humanity is destroying the world in which we live: rainforest destruction, decline or extinction of many species (animal and vegetable) among other things. Man is turning nature into a source of profit. By doing so, Humanity jeopardizes itself.

You may think that I’m being very dramatic and that things are not going so badly. Here are a few charts and number to make you better understand the situation.

Here is a chart which shows the evolution of autism in the US:

The situation is similar in western Europe. In the UK, autism rate is estimated at more than 10 cases per 1,000 children.

This means that a high proportion of young people today will end up with dementia if things carry on the way they are, which is very sad.

According to a French study, the average sperm count fell by a third between 1989 and 2005. In 50 years, the sperm quality has decreased by 50% in the world.

More than half of the world’s tropical forests have already been cleared. At the current speed of deforestation, there won’t be any rainforests at all in less than 100 years’ time. See more facts here.

According to NASA, multi-year ice area are melting at an alarming rate of about 15% per decade. More than 50% percent of the area has melted since 1980. You can watch an animation in this article.

In the midst of this self-destructive world, we can hear a call coming from above.

Mankind is destroying nature and by doing so is in rebellion. Whether you call it mother nature, God the creator or some kind of divinity, whether you believe it is an actual person, a force or just a concept, Humanity is in rebellion against this entity and the consequences of that are serious in our world and also in our bodies. We need to get reconciled.

There isn’t much we can do on a big scale, but we can try our best to change what we can at our level, to have a lifestyle which would be more respectful to our environment and our bodies. We need to relearn now to look after our health in a more natural way and to protect our environment. We need to go back to our roots and get out of the comfort of modernity.
Not only this can help to change the world, it can also help us find a better balance on a physical and on a spiritual level and make us more in harmony with the entity which has created us.

We often forget that every good thing that we have has been given and is not something we have deserved.

What does the Bible say?

The Bible tells us that God created the world and then a man and a woman out of the dust of the ground, but that they rebelled against God by doing what is forbidden. The consequence of this is that the whole of humanity is in rebellion against God and this is what we can see today with the way mankind treats God’s creation.
This rebellion is not only on an environmental level, it is also on a moral level with wars, adultery, hatred, lies, selfishness, lust, idolatry (the love of idols instead of God), greed…
What is important to highlight here is that this concerns everyone. It would be very easy to feel that we are not part of this rebellion because we are not responsible for it, but we have to realize that God is perfect and cannot accept any transgression. There is a separation between God and the entire human race.

There is nothing we can do to please God because we cannot do anything perfectly, but He still loves us and cares for us. For this reason, God came in the form of a man, Jesus, also called the Son of God, to save Humanity from eternal separation from Him. Jesus died on the cross to take all our transgressions away, and then rose from the dead to give us new life. All we have to do is to believe this and give Him our life in return.

“For if, while we were God’s enemies, we were reconciled to him through the death of his Son, how much more, having been reconciled, shall we be saved through his life!”
Romans 5:10

The Bible tells us that God will destroy the earth He created, to create a new one which will be perfect, but which will only be open to those who have been reconciled to God through Jesus-Christ, the only one who has defeated death.

We can simply close our eyes to the tragic situation in which mankind finds itself and ignore it, or open our eyes and see the truth. This shows the true nature of Man.
This article is not meant to be a depressing one and my message here is actually a message of hope. Even though Man is destroying God’s creation, God has a plan for every one of us. He will create a new earth, a new world where we will finally be reconciled fully to him.

You may think that Mankind is only the result of evolution, but the Bible gives a much more realistic approach which explains why so many things are going wrong in this world.

If you don’t believe in Jesus, I encourage you to read the Bible, to reconcile yourself with God, to repent over your transgressions and to believe in Jesus. It is never too late or too early to turn to God. He can forgive any transgression if you come with a sincere heart.

If you are a believer, my message is to encourage you to have a lifestyle in line with God’s will and more in harmony with nature, His creation. Even though the earth will be destroyed, we still need to protect ourselves and our children from diseases. We should stop giving the control over our health to big companies and organisations and take it back.

Please read other articles on the blog to better understand what I mean by that.